Keryl Lee was born in Apia, Western Samoa but sadly only spent her first 18mths in this paradise where her parents were teaching. Keryl grew up in Matawai, Haumoana and finally Hastings. Following her parents’ footsteps she became a teacher, training at Palmerston North and Massey University.

Her first three years of teaching were at Warkworth Primary School before heading off on the big OE. After living in Canada for a year and traveling in Europe she finally settled in Melbourne Australia where she continued her B.Ed studies while relief teaching.

On her return to New Zealand she became principal of Makuri School. Two more schools, Waiwhare and Te Mahia, followed before her husband became manager of Ngamatea Station so with two young daughters they settled in the North Island High Country for nine years. Keryl then returned to teaching becoming principal of Makuri School again  and was there for eight years before gaining the position at Tapora School in 2016.

Her daughters are now grown up with one settled in Canada with her Canadian husband and two daughters and the other in Masterton.

Keryl has a deep love for the rural area, the school communities and students. She enjoys exercising her dogs along the beach, cycling, paddleboarding and skiing when the opportunities arise along with visiting her daughters and granddaughters.

Her interests include writing poetry, reading, sketching and getting together with friends.

Mrs C was an office administrator before deciding to become a teacher.

Her decision was brought about by a desire to make a difference in people’s lives. Michelle was originally a ‘Westie’ being brought up in West Auckland but now lives near Wellsford. She has a school age son. 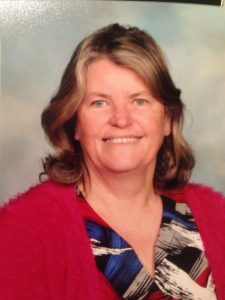 I live in Wellsford and have 4 grown children and 9 grandchildren. They are spread from Kerikeri in the north to Pahiatua in the south. In my spare time I knit and crochet for my grandchildren and I am part of a Leisure Marching team which involves practises twice a week at Maungaturoto and display marches on weekends.
I taught for 14 years at Westmount School in Maungaturoto and I am looking forward to being part of the Tapora School community.

My husband Steve and I live off the grid on a lifestyle block in Wharehine,  with 7 alpine goats.

I have been a teacher since I graduated from Palmerston North Teacher’s College in 1989, having majored in maths and music. Prior to that I was a qualified gardener for the Auckland City Council,  and I have had breaks from teaching to work running my own business, doing garden maintenance and landscaping.

Most of my teaching experience has been in small schools, some on the Coromandel Peninsula but also more locally, at Waioneke (South Head) and Tauhoa. I have  taught music through recorder, guitar and singing,  and have often directed school shows, combining my love of drama and music .

I have 3 grown children,  2 in Auckland and one in Brazil, a grandson at university in Otago and a granddaughter of 18 months in Brazil, learning Portuguese as her first language.